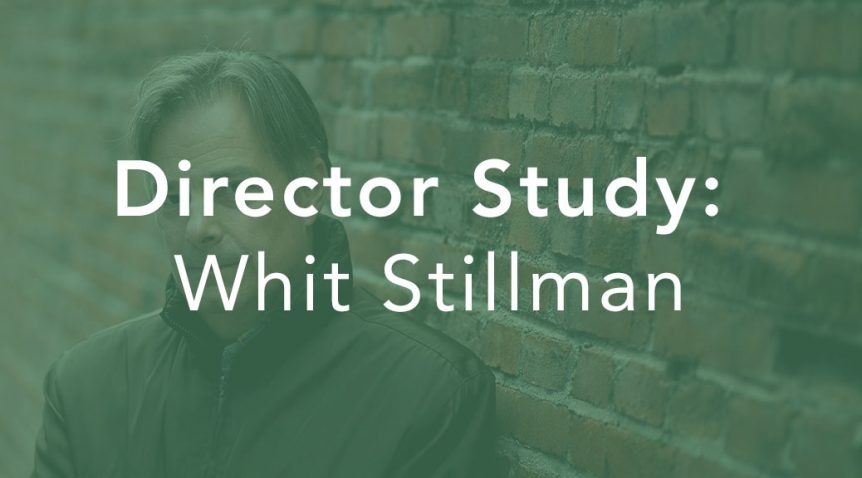 Sometimes serendipity comes through really big. I watched Love & Friendship on a whim after seeing that Slant Magazine gave it a strong score. The previews didn’t grab me but the film was absolutely worth my time. After my viewing, I went down the normal rabbit hole of reading about the film and the director. I had never heard of Whit Stillman before, but he seemed to be well regarded. His filmography was also incredibly short, so I dove in.

There are zero surprises in the bunch, and I have a feeling my ordering is pretty standard. All of Stillman’s films are worth watching.

In the 90s, Stillman produced three works that share some characters, more than a handful of actors, and a majority of the themes. These films are about young people and their struggles with ego, class, love, and existing in the world. They are also slightly autobiographical.

Metropolitan is one of those films that leaves you wishing for a slightly different upbringing. The youths of the film struggle to make sense of the world, just like anyone else, but they have a group of friends who drink until morning and parents with money who have apartments New York. The film does a wonderful job of setting up Stillman’s incredible dialogue and sense of timing with his scenes and edits that are all repeated in his future works. He has a compassion for every charter, no matter how mean or self-centered they may look on the outside. It’s incredible that Stillman can both critique and love his characters and the stereotypes they portray. He shows us that there is depth to everyone we meet, and that there are deep-seated reasons for the way people go about the world.

While Metropolitan is light hearted and immature, Barcelona has grown up a bit. The film is also the most beautiful of Stillman’s works. The backdrop of the city and the healthy doses of natural light play a big part in the strong aesthetic. Barcelona is about youths who are a little more sure of themselves. They have jobs and established lives. This doesn’t mean that they have their lives figured out. There are some rather interesting currents in the film about foreign relations and national pride, but the film still focuses on young people falling in love and figuring out how to live in the world. Stillman is once again a master of making the viewer feel empathetic to each character and the ideals they represent.

The last film in the trio is The Last Days of Disco. Of course this film has one of the best soundtracks of Stillman’s work, but it also one the best metaphors for wanting to fit in. Nothing is better than an exclusive night club to physically put the desire to be included into perspective. The depth characters go to in order to get in the club include putting on masks and sneaking in the back. There are also games of perception around who likes who and who will get a promotion at work. Stillman does an incredible job of making the nastiest of characters feel human. You’re not annoyed by their behavior, because you understand how deep insecurities can affect the things someone says.

Over a Decade Later

After the financial failure of The Last Days of Disco, Stillman moved to Paris and did not make another movie for 13 years. His works after this hiatus from film are both good, but they didn’t impact me in the same way that his first three did.

Love and Friendship was my introduction to Stillman. I wasn’t expecting to enjoy the film nearly as much as I did. The intro cards to places and people where fun and I didn’t know that this was a technique he had developed over his other works at the time of viewing (this was the first time he did it for people, though I could easily see the technique working in his earlier films). I don’t know much about Jane Austen, much like the main character from Metropolitan, but apparently full lines of dialogue are pulled directly from the novel Lady Susan that the film is based on. The interworking and gaming of the sexist word Lady Susan lives in is an incredible joy to watch. Though woman in that era didn’t have outward power, if they were shrewd (being beautiful also helps), they could control everything. Men are to be manipulated. This film is beautiful as well. I don’t have a keen eye for period attire, but I found the world exceptionally believable. A fun time with some serious feminist undertones, a must watch in 2016.

The weakest work from Stillman is Damsels in Distress. The film fits right in with the original trio, but the mid 2000s backdrop isn’t nearly as appealing. It feels a lot more like other contemporary indy college films that comes across as forced (maybe Stillman’s earlier work mirrored some of it’s contemporaries as well, but I don’t have a strong grasp on films about young people in the 90s). This film takes the stereotypes to 11 as each character is an obvious representation of a trope, as the bitching do-good-to-self-actualize-myself leads and the dumb as rocks frat boys are extra bitchy and dumb just to make sure you get the point. Even when dealing with more overt extremes, Stillman refuses to condemn anyone and still finds a way to bring empathy to the film. Young people want to be perceived in certain ways, and don’t realize how much they sacrifice who they really are in the process of keeping up those perceptions. Surprise surprise, some people might even like you for who you really are.

Are you between 18 and 35? If so, you have to know Whit Stillman. Somehow his themes are more relevant today than ever before. It’s also nice to be reminding that you should do everything in your power to go through your life with empathy.