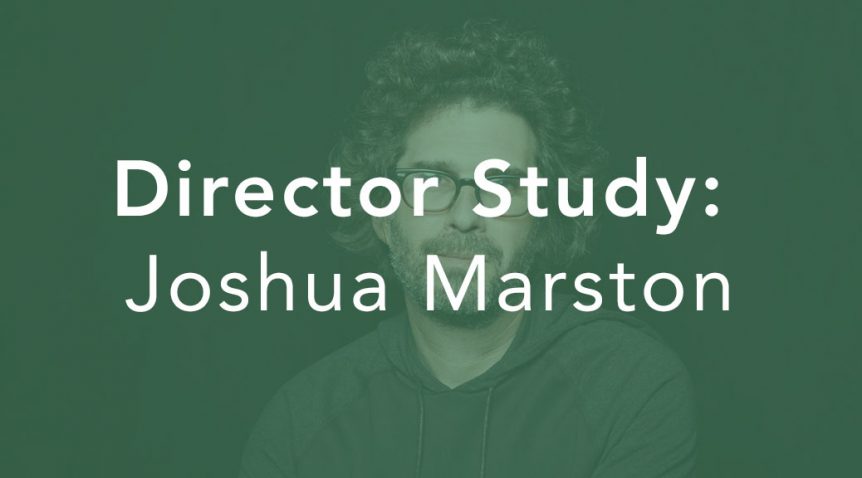 I love when I see a contemporary film that I really enjoy and then find out that the director only has a few other features under his belt. It makes it easy to make the decision to go back and watch the rest of their work. Joshua Marston released Complete Unknown in August, and it’s only his third feature film. The bulk of his work has been in directing television.

There isn’t much of a point in ranking three films, but it’s part of my silly little format:

Complete Unknown was something that was only vaguely on my radar. The preview left me mildly intrigued, but also made the film look like a very standard thriller. I decided it was worth giving a shot, and I’m sure happy I did. The film focuses on woman named Alice who has made a habit of completely resetting her life, a new identity and all. Her most recent reset allows her re-enter her first love’s life 15 years after they broke up. The central theme of Marston’s features is the fight of an individual to create their own identity, and the push to avoid the identity that their surroundings and culture would lay out for them. Alice is the most confused of all of Marston’s main characters searching for their identity, because she has the most privilege. She can choose any identity. She’s white, college educated, and from the United States. This leaves her at a loss in figuring out who she is. The lack of strong culture in modern America makes it hard to rebel against who we are supposed to be, because who we are supposed to be is anything. “Anyone can be the president,” is what we tell our children. We find out Alice was a piano prodigy, but that isn’t nearly as damning a draw of the cards as the main characters in Marston’s other two films. Yet the film speaks to our own sense of identity crisis when everything is on the table. The film is shot in a voyeuristic sort of way. It’s tight shots, handheld bob, and claustrophobic framing all lead to us feeling like we’re seeing something we aren’t supposed to see. We have it so good, so why do we not know who we are?

Marston’s first feature film is Maria Full of Grace. The film is set in Columbia and New York and is centered around a 17 year old Columbian girl named Maria. She doesn’t feel like she belongs in her small apartment with her grandmother, mother, sister, and her sister’s baby. She doesn’t feel like she belongs in the flower sweat shop were she cuts and boxes flowers. She doesn’t want to be another young mother who is forced to marry the boy who gets her pregnant instead of finding love. This desire for more leads her to become a drug mule. The film doesn’t pull any punches as it shows the harsh desperation of Columbian life, the physical horror of being a drug mule, and then the slightly less harsh desperation of being an illegal immigrant in New York. The film is full of empathy. Marston shows even the worst people Maria comes across as having reasons outside of their control pushing them down the paths they are traveling. The men who collect the drugs in America for instance, are more desperate than evil. They are trying to improve their lot in life just like Maria. The film has it’s moments of really strong film making, namely the tension of scene on the airplane/security checkpoint and the final shot, but for the most part Marston stays out of the way of the film and watches Maria as she desperately search for what her new identity will be.

It’s interesting that both of Marston’s first two films are primarily in another language. The Forgiveness of Blood is set in modern day Albania. Two families are at odds, and a fight leads to one man dying and our main character’s father being wanted for murder. The Albania traditional code allows for murder to be responded to with murder if the male’s of the murderer’s family leave their home. This leaves Nik, only a teenager, confined to his home. He struggles to reconcile the old ways with his simple desires to go to school, be with his friends, and court a girl. He has little interest in conforming to the old identity that allows for such archaic rules, but he doesn’t know how to attain a new identity. Nik’s sister Rudina, on the other hand, pushes the limits of tradition as she is forced to take up her father’s bread route in order to support her family. She also begins finding other revenue sources by selling cigarettes as well. Rudina’s push past the traditional limits of women in Armenian culture only makes Nik’s confinement to his home all the more difficult. Once again we see youth trying to deal with navigating the modern world and their identities as their culture tries to confine them to the same life as their parents. The Forgiveness of Blood is more interesting in theory than as a film. It drags on slowly, which is supposed to mirror Nik being trapped in his home for months on end, but it somehow leaves even the most seminal moments of the plot feeling dull. I’m not sure I would recommend the film, though it’s far from bad.

Marston is extremely interesting, in that he has made three vastly different films. They all have similar themes, but each has their own location, culture, and even language. I’m interested in what he does next as Complete Unknown has more experimentation in its cinematography than his early work. He obviously has a knack for empathy and creating a compelling story that bodes well for his future works.