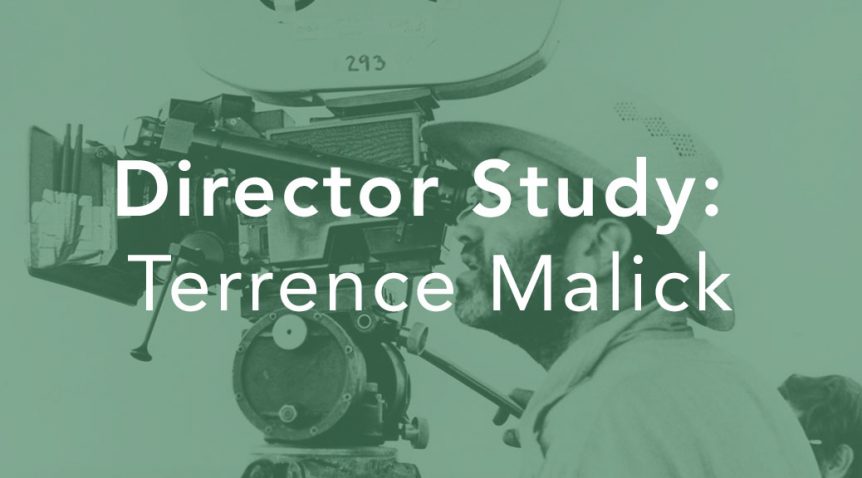 I love his films.

I will use the word “love” too often when talking about Malick, but he has helped evolve the way I think about that word with his work.

Malick doesn’t have a deep filmography considering he has been a filmmaker for over 40 years. It’s well know that there was a 20 year gap between his second and third film. I watched the works in chronological order. I think this really helped me in understanding both the films and maybe the film maker.

It’s a crime to order these, but here I go:

I struggled with the first two films Badlands and Days of Heaven. I think I had to unlearn some things I expect from film. I also think that the editing of the first two films doesn’t stand up to the Malick’s vision like his later works do. This probably has to do with Malick refining himself, but the other huge factor is the improvement in technology which gave him infinite precision in his later work.

Badlands might be one of the most straight forward narrative of Malick’s films. Watching the film gives you a deep feeling that that something special is developing. It also left me baffled. I couldn’t wrap my head around why I was simultaneously impressed and unimpressed. I hadn’t seen a film like this one, but it didn’t move me in any way. I plan on going back and watching it again soon. I think becoming more familiar with Malick’s cadence will shed new light on the film.

Days of Heaven is considered by many to be the best of Malick’s films. I will be absolutely be watching this again because it left me with the same conflict that Badlands did. I sensed that the film making mattered, but I wasn’t at the point of allowing the film to wash over me in way that The Thin Red Line and on did. The narration in the film is one of Malick’s best. This film also starts dealing with the themes of family and love more intensely than Badlands.

I’ve encountered a few films about war so far this year, and some truly good ones at that. I don’t think anything could have prepared me for The Thin Red Line. I don’t think I’ll ever see another film like it. From the opening scenes, to the way Malick handles the enemies and the huge actors, you can’t help but become completely wrapped up in the film. The precision of the editing allows you to be strung along and feel every emotion Malick wants you to feel. War is insane. Malick is perfect.

I have a favorite film. I was hoping to find one in this journey into film, but I wasn’t expecting The New World to take the title. I use the phrase “life changing” a lot when talking about film, but The New World has been the most life changing film I’ve watched. It fundamentally upset the way I view the world and how I define certain essential human terms. I have to consider love differently after taking in The New World. Pure love exists in the world, and I know that because of what Malick was able to create.  I also know that love can change and that sometimes we make the wrong choice and die. The end of this film eviscerated me. I cried for most of the last 15 minutes. The film does an incredible job of showing the primal nature of man, misunderstanding, pride, and trust (or lack there of). The movie withholds and teases, yet caresses you with beauty. Malick’s camera loves all those it spends time with. The native people, the pathetic British settlers, and its main characters all get time to be considered and allow for compassion. I will be watching this film again soon, and I will probably do a more comprehensive write-up at that time.

How is Tree of Life not essential viewing for every person who has ever had to consider being an American, or even just a human. The flaws of love take center stage here as Malick tries to make sense of the world. When I say, “the world,” I mean the world. Violence and sadness dominate this film as it won’t let you go. You can’t escape living, yet we are transfixed by the ideas of the afterlife. Malick’s aesthetic for spending time somewhere so familiar to you, makes you see the beauty in the flaws of our societal structure. It wants you to ask why. Ask why a person ends up on the path they are on. Why are we transfixed with an afterlife? Why can’t we all just love a little more?

It’s not very often that I watch a film that so closely examines the physical space I live. The modern subdivision and midwestern town in To the Wonder contrasts sharply against the beauty of Paris. These images make me consider how ugly and sterile American sensibilities can be, all while being forced to endure the indecision of love. It hurts to watch this film because it places a glaring light on me and my shortcomings. The film flows as the beauty of Malick’s camera work continues to enthrall. Uncertainty, love, beauty, and kindness are all on display for this film. This might have the least direction out of all Malick’s films, but that in no way lessens the experience.

There is lots of push back against Knight of Cups, but I found it captivating and it pushed me to introspection. By Malick’s 7th film, I get lost in the way his camera moves easily. I am completely absorbed by what is happening at a given moment. Knight of Cups is the most abstract film Malick has made, in terms of both narrative and structure. There is a lot of story elements, but they are floated through without any sense of peak or valley like other Malick works. I’m holding the position that this is all on purpose. The disconnect and lack of high intensity all represent the the inability of the main character to connect with anyone. This was deeply impactful for me, as Malick once again lasers in on my own flaws with his films. Knight of Cups also scares me. I interpret the film as Malick saying that he may be discontented with the direction of his life. This coming from one of the greatest artists we have known, is terrifying. Having the man who defines love for me imply that love may not be possible is devastating.