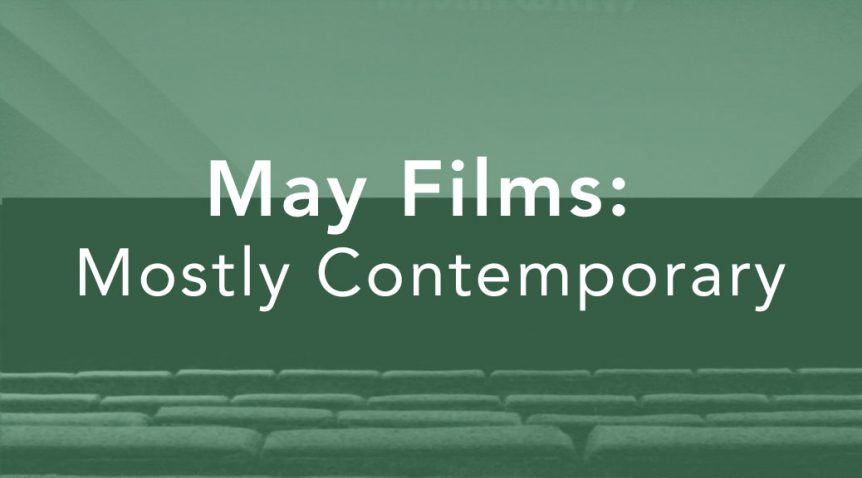 This month was the lowest film total yet as my job got in the way of my desired pace. Almost everything I watched this month was contemporary, though I did catch a screening of Vertigo in theaters.

My first repeat film for the year was Creed. I think it was even better on the second viewing. The film is plain cool, and Michael B. Jordan delivers a stellar performance.

Everything else was worth seeing, though I really didn’t care for Green Room.

Again I have some discrepancies between the ranking I gave a film after viewing and the order on the month’s end wrap-up.

Vertigo is on most best ever lists, and I’m so lucky I got to see it in theater. The film is absolutely stunning. The cinematography was groundbreaking at the time, and more than holds up. From the opening credits, I knew I was in for a treat. Right after seeing the film, I had some dull criticism about the length of the film, the false endings, and the Hitchcock exposition dump that over explained what exactly is going on. In the end, the film is so much more than these silly considerations. The theme of men manipulating women is executing flawlessly. This is a film that I will come back to and consider.

I go into detail about Knight of Cups in my Malick blog. I loved being able to watch one of his works in theater. It may not be his best work, but it definitely made me think.

I really enjoyed Louder than Bombs, though I struggled to determine how good it was after watching it. The film is beautiful and patient, but I struggled with what themes were at play. Elliott and I were able to have a good conversation about the film, and it does shine a light back on some of our sensibilities.

Everybody Wants Some!! lacks the most of the cynicism of contemporary comedies. Like Magic Mike XXL, the film is able to examine characters (a 80s college baseball player and surrounding college lifestyle) with sincere interest. This film isn’t nearly as good/progressive/cool as Magic Mike XXL, but I can appreciate how much of a good time it was.

The second movie I struggled to deal with after watching it was A Bigger Splash. The tone of this movie is as all over the place as the music, and to an extent, I think that is the point. An ending that feels way too procedural leads to mixed feelings about the film as a whole. It is definitely worth watching though.

The Nice Guys is one of those movies that I can recommend to everyone. The average moviegoer will enjoy the funny-fast-talking, and those looking deeper may find an interesting (though not fully realized) criticism on capitalism. The film is at least mildly self aware (it shines a spotlight on collateral damage), but it holds most of its punches.

Green Room played out like a standard gore fest. It is paced and shot wonderfully, but it’s themes leave a lot to be desired. For christ’s sake, the bad guys are Nazis, and the film still botches trying to set up that they are irreconcilably bad and thus can only be responded to with violence. Also, punk music is pretty silly in 2016.