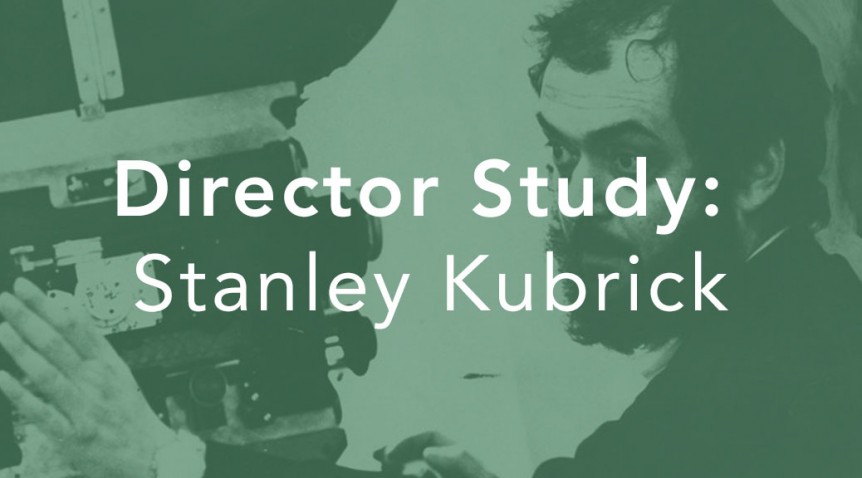 Stanley Kubrick is revered in the film community and I now know why.

I have not had a more profound experience with film in my entire life. Kubrick is often criticized as being cold and lacking emotion. I can’t figure out that perspective. His stories deeply affected me. I couldn’t wait to watch the next film. I would happily go through all of his works a second time right now, but I really should move forward. I assume that I may start a yearly tradition of taking two weeks to watch his filmography, and being rocked all over again.

There were so many essential films in Kubrick’s filmography that it seemed like I should dive into him as soon as possible. I had only seen Dr. Strangelove many years back with my father, and it didn’t really leave me with lasting impression. I knew that 2001: A Space Odyssey was absolutely essential, and Elliott has tons of affection for Eyes Wide Shut.

I watched mostly chronologically with the exception of The Shining and Eyes Wide Shut being moved to the top of the list simply because they were on Netflix.

The order I watched:

Starting with The Shining was probably a disservice to Kubrick. I was blown away by the cinematography and I had the overwhelming sense that the film must have had a huge impact when it was released. I wasn’t able to appreciate the film language that Kubrick built up in his earlier works though; some of these techniques were borderline perfected with The Shining. The long tracking shots are absolutely mind blowing, and the sheer tension that Kubrick can create is incredible.

Ranking Kubrick’s films seems really dumb, but I guess I’m going to do it anyway:

I actually have some really unpopular opinions about a few of Kubrick’s films. We’ll address the elephant in the room first; I didn’t enjoy Dr. Strangelove very much. I understand how important the film is to this day. I get that a lot of the film is really funny on paper. My problem is that it didn’t make me laugh, or really think about anything new. The over the top characters that are sprinkled into other Kubrick films are crammed into Dr. Strangelove with little regard for the audience. I get that the point is to show the insanity of who holds the power in the world, but it was just too much for me. I think the bottom line throughout the film was that I got it. The film didn’t make me think, feel, or laugh like the rest of Kubrick’s work. Hate away.

Fear and Desire is a film that Kubrick completely disregarded as amateurish. I think it was really cool to see where he started and to see his command of tension early on. The writing is bloated and the story is not particularly interesting, but there are glimpses of future brilliance.

I actually enjoyed Spartacus. I know the history surrounding the film, and that this film is polarizing.  While it deals with a simple love story and a hero focused on the moral high ground, there are still plenty of worthwhile things to take away from this three hour epic. I think the undertones of the civil rights movement is particularly interesting in 2016.

A Clockwork Orange was another film that I don’t place nearly as highly as other Kubrick fans. It’s a great film, but I feel like it shares some of obviousness with Dr. Strangelove. That doesn’t mean that the film isn’t absolutely beautiful and that Alex isn’t one of the more interesting narrators I’ve come across in my film journey. It takes a good film maker for you to feel connected to such a deplorable character.

I’m not going to cover every film in this Kubrick overview. The rest of my opinions are mostly in line with the general thoughts of most Kubrick viewers. I will say that if you haven’t seen Killer’s Kiss and The Killing, both are great and you should absolutely see them. I also think Eyes Wide Shut is absolutely a terrific movie that may be one of the first that I revisit.

Kubrick made four films that I have described as life changing. Some of my friends probably get tired of me saying that phrase, but these films leave you unable to move through the world the same way you did before you saw them.

I’m not really sure how to talk about Lolita. It’s amazing that Kubrick could pull off such a film in 1962. For a director who has established his use of a slow fade to black, seeing the slowest fade to black he as ever used – as Lolita is hovering over Humbert’s cot in the hotel – is one moment in film that will always stick in my head. The film is beautiful and nasty, liberating and sad. It’s conservative, it’s about statutory rape, and somehow Kubrick makes you feel for all the characters that his camera spends time on.

Full Metal Jacket is the first time I’ve ever thought about how weird it is that a human could say something like, “I like war movies.” War, and how we prepare for war is horrendous and farcical. The end of each act will stay with me forever. Once again Kubrick brings sympathy to all his characters.

Another war movie makes the list with Paths of Glory, and this one spends even less time critiquing the enemy than Full Metal Jacket. You don’t see a single Nazi soldier in the film, and yet the horror of humanity plays out over the course of the film. Kubrick makes you slog through every bureaucratic proceeding so that the climax has real weight. Humans don’t want to die, but we are quick to take the lives of others. Thinking about the end of this film still gives me chills.

Well it’s no surprise that 2001: A Space Odyssey was the best film of the bunch. I went into the film extremely ignorant of most of the major plot points. I had no idea the first thirty minutes took place at the dawn of man/violence. This film has aged wonderfully. It doesn’t feel almost 50 years old. There are too many scenes that weigh on you as you try to wrap your head around the whole. Space Odyssey is one of those pieces of art that is every bit as magnificent as you hoped it would be.