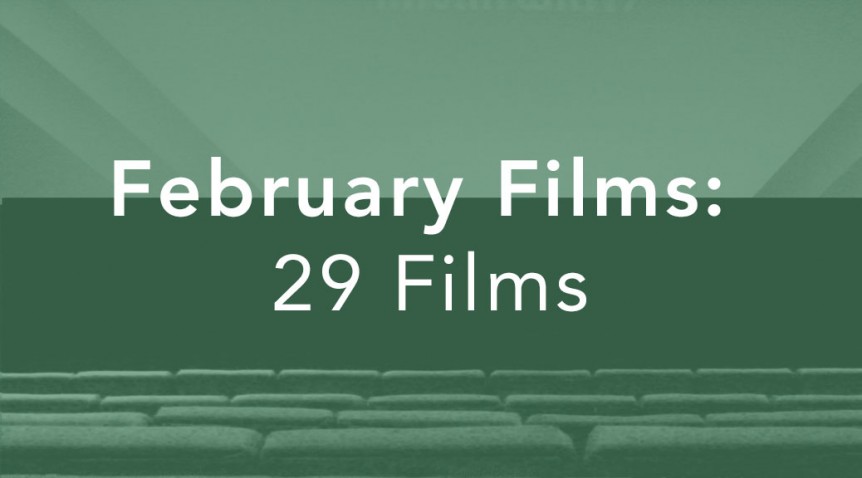 Well I hit my stride this month. I watched 29 films.

I guess I can be confident I’ll be able to hit the 100 film mark before the end of the year. Focusing on directors gave me clearer goal, so making a decision on what to watch next became a simple task.

Here they are ranked (this was hard and by no means perfect):

As I mention in my last blog post, I watched everything directed by the Coen Brothers (with the exception of O Brother, Where Art Thou?). In that blog I moved around some of my scores to reflect my thoughts on the films after having some time to away from them. I give a ranking rightafter I finish a film, so sometimes some separation helps clarify how I truly feel about a film.

In parenthesis will be the original score in the cases where I felt a change of heart in the rankings.

Man was this month filled with incredible films. I also started my dive into Stanley Kubrick, which helps boost the quality of films anyone watches substantially. A full blog about my time with Kubrick will be out in March. I’m so excited to keep moving forward with his work.

This month broke down my inability to give out a perfect ranking. Four films hit that mark, with three of those coming in the last week of February.

No Country for Old Men tops the list because it is the first film I gave 5 stars. I’m not sure it will stick with me the same way the other 5 star entries will, but I did love that film.

Kubrick takes up a lot of those top spots. Lolita is life changing. Paths of Glory is incredible. I’ll talk about these films more in an upcoming blog.

I just realized that these recaps will really start to compress in size as I take the time to write individual blogs about each director I work through. I guess I’ll focus these recaps more on contemporary works I’ve seen and the little bits of filler that pique my interest.

Heart of a Dog was a film I was not ready for; I’m so glad I got to see it in the theater. The sound and disjointed abstract imagery were enthralling. An essay keeps the film grounded while still allowing for exploration of death and what it means to be human. Heart of a Dog is unlike anything I have ever seen, and I think it may have set me up for exploring more abstract film.

Weekend is a riveting story of two men falling in love the weekend before one of them moves to the states to reset his life. Andrew Haigh, who directed the masterpiece 45 Years from this year, directed the film. He does his storytelling through the looks his actors exchange, and these looks oftent tell a different story than their words or even actions. The cinematography is patient and beautiful. I can’t wait to see the next film Haigh makes.

I guess we’re to the stinkers on this list.

The Martian was the last of the best picture nomination to mop up. It was devoid of… well just about everything. Donald Glover has a brief period of bringing some life to the movie, but the film is predictable and lacking any wonder for Mars or the story’s characters.

Deadpool was fun. It was funny. It might also represent most of what I hate in modern culture. The reference culture and nostalgia drip from the movie. The dumb internet dick jokes fly ridiculously fast. All this is then mashed into the tried and true super hero formula. Oh, there is a love interest of course. The film is vulgar, which is supported by its mass box office success.

I can’t remember being so excited about exploring something new in a long time. This film study is fun.

So which director should I dig into next? I’m considering Terrence Malick because Knight of Cups comes out this month and Elliott loves his work.

What am I wrong about? I’m sure my rating of Dr. Strangelove will be appalling to some.